Ready for the Olympics? 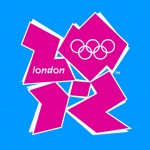 We’ve still got plenty of Wimbledon and the Tour de France to enjoy, not to mention the British Open baseball’s All-Star game (which one doesn’t belong). But on July 27, all eyes (most eyes?) will be on London and the Summer Olympic Games.
To celebrate, here is an Olympic athlete montage video featuring Muse’s London 2012 official (you gotta be official to matter) song, “Survival,” by the group Muse.
The video opens with a reverse highlight reel of the Summer Olympics, beginning in 2008 and going back to the start of the modern Games. What follows is a more linear and timeline of iconic Olympic moments.