How about a little FEMA love? 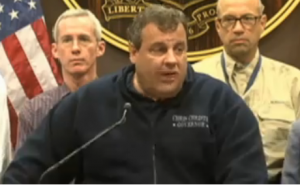 When it comes to an emergency situation like coping with a natural disaster like the Frankenstorm, Sandy, everybody except Mitt Romney seems to love FEMA and federal government. Am I correct here, New Jersey Gov. Chris Christie? The governor had lots of nice things to say this morning about both.
Wondering about how Mitt Romney feels about FEMA and government assistance for natural disasters? Here’s Eugene Robinson‘s column on the governor’s viewpoint just last June.
Finally, want to know why government regulation is important — or rather, why Gov. Romney doesn’t think so? This is the most damning condemnation of a Romney presidency that I’ve yet seen.