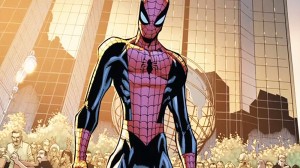 MTV Geek has put together this video tribute to Amazing Spider-Man, featuring several people involved in the comic (including writer Dan Slott), Stan Lee (of course), Norman Reedus and several of the cast members of Jersey Shore. Well … they are on an MTV show, so that makes sense.