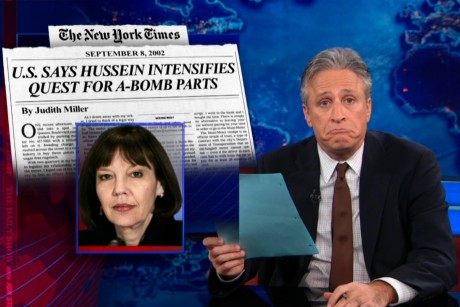 Ever wonder how government leaks work? Remember Judith Miller, the former New York Times reporter who broke the story about Saddam Hussein’s weapons of mass destruction? Now she is an expert on Fox New discussing — you guessed it! — the dangers of national security leaks.
“The Daily Show” and Jon Stewart had some fun with this one.